Dosan is the pen name of the independence activist An Chang-ho. 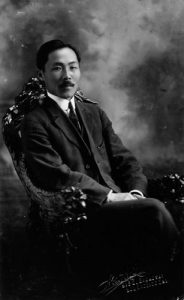 At the beginning of the twentieth century, Korea was under the control of the Japanese Empire. An fought against Japanese control of Korea and endeavoured to modernise the country’s education system. You can read more about An Chang-ho here.

If you'd like to learn more about the forms / patterns in Taekwondo, consider buying this book: Taekwondo Forms. It lists the movements and gives the floor diagrams and interpretations for 71 forms from four different styles of Taekwondo - it's the ultimate reference book for anyone studying forms in detail.

The Encyclopedia of Taekwon-Do Patterns, Vol. 1

The Encyclopedia of Taekwon-Do Patterns, Vol. 2

The Encyclopedia of Taekwon-do Patterns, Vol. 3

A Killing Art: The Untold History of Tae Kwon Do

From Creation to Unification: The Complete Histories Behind the Ch'ang Hon (ITF) Patterns

← Back to Taekwondo FAQs