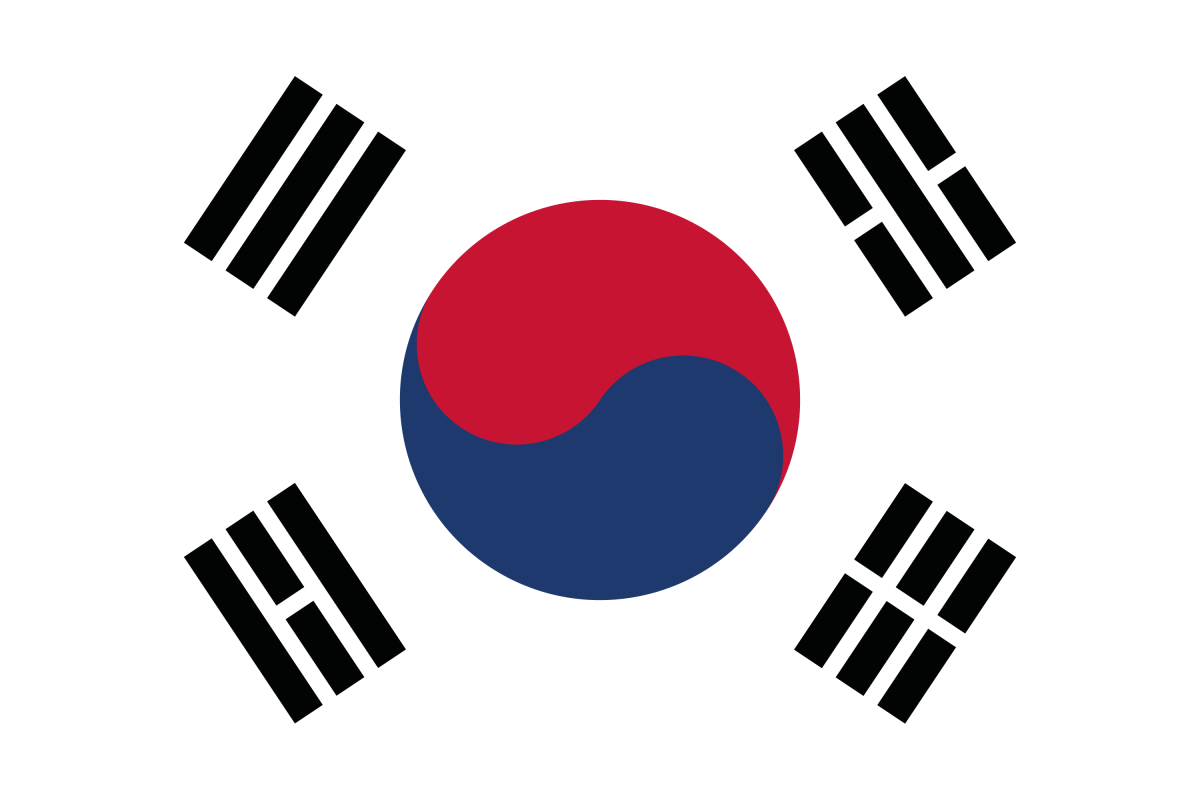 If you’re a Taekwondo instructor, you can give this worksheet to your students as practice of Korean numbers. It contains ten exercises on the Native Korean numbers 10 to 100, using only the romanisation of the Korean in the Revised Romanisation system. Click the link to download the PDF file.

If you’re fortunate to be the owner of a copy of Choi Hong-hi’s condensed or full Encyclopaedia of Taekwondo, and you’ve wandered through some of the pages at the back of the book concerning belts and ranks and titles, you might have seen a section describing the Korean titles given to black belts of various degrees.

In this section there are some very familiar words such as sabeom (written sabum in the book), which means ‘instructor’. The hangeul for sabeom is 사범, and you can look this word up in any reasonably comprehensive Korean-English dictionary. The word is also listed on many websites about Taekwondo as meaning ‘instructor’, and is used in lots of Taekwondo schools every week around the world.

However, also in this section of Choi’s book, you’ll also see words such as sahyun and sasung. Choi describes these words as being used to refer to high-ranking Taekwondo practitioners; however, if you try to look these words up in a Korean dictionary, they are nowhere to be found.

I’ve done this many times over the last few years to try to figure out what the hangeul and hanja for these words are, but have never found anything in any dictionary to suggest that they even are Korean words. Part of the difficulty in doing this is guessing at what the hangeul might be. In his various books, Choi uses his own system of romanising Korean text that is largely based on the American pronunciation of English letters. Knowing this I would guess that the hangeul for sahyun would actually be 사현 and the hangeul for sasung would be 사성; however, putting these words into good online Korean dictionaries (such as dic.naver.com) reveals nothing.

I concluded that these words were simply too obscure to be included in a normal Korean dictionary. I reached a dead-end. Until that was I discovered this page http://www.masterhoward.com/news/342-explanation-of-itf-tkd-titles.html by a Dublin Taekwondo instructor called Robert Howard, which finally gave me the answers I was looking for.

The reason these terms do not appear in standard Korean dictionaries is because they are new terms invented by Choi. This perhaps shouldn’t be surprising – Choi studied calligraphy from a young age, and seemed to like inventing new words (he came up with the name ‘Taekwondo’). I think this is even evident in the names he chose for the Changheon-yu forms, which I think are far more interesting than those of the Kukki-won forms.

Similarly, sasung is actually 사성 師聖 saseong. 성 聖 seong means ‘sage’, and thus saseong means ‘sage master’ or ‘sage teacher’ – a title so honorific it could pretty much only be used for Choi himself. The syllable 성 聖 seong also appears in the word 성현 聖賢 seonghyeon, which means ‘sage’.

These two words reflect the idea that Taekwondo is not just a method of combat – it is also a moral culture. They also show that high-ranking Taekwondo practitioners should not just be skilled fighters, but should be moral teachers and leaders.

These two words also, to an extraordinary degree, show the presence of Confucianism in Taekwondo. Korea was, for a very long time, a model Confucian society, and Confucian ideals still permeate modern Korean culture. One of the central ideas in Confucianism is that of the sage-king – the idea that the leader of a nation (and leaders in general) should aspire to be like the great sage-kings of antiquity – benevolent rulers who embodied Confucian ideals. The fact that Choi has chosen words here that seem to specifically refer to sagehood shows the influence of Confucianism on Taekwondo.

These two words will be added to the next edition of Taekwondo Terminology (whenever that comes out).

If you’re a Taekwondo instructor, you can give this worksheet to your students as practice of Korean numbers. It contains five exercises on the Sino-Korean numbers 1 to 10, using only the romanisation of the Korean in the Revised Romanisation system. Click the link to download the PDF file. 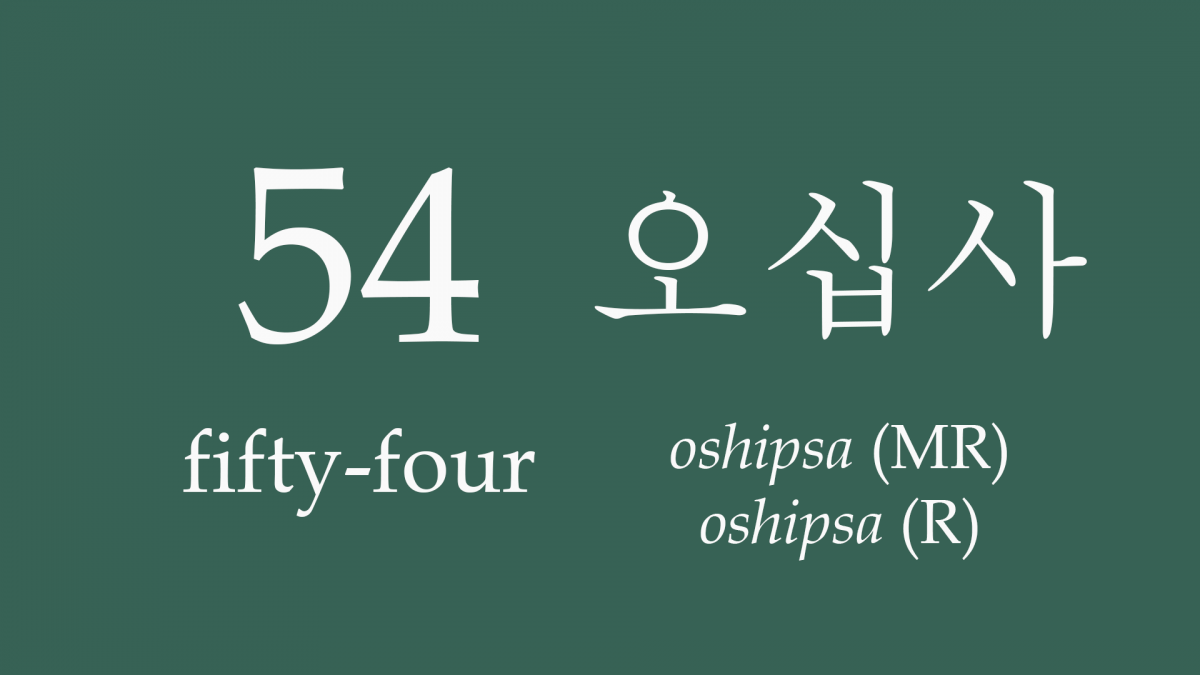 In this fourth video in the series on counting in Korean, we look at how to count from 10 to 100 using Sino-Korean numerals.

(I started writing this article before the World Taekwondo Federation changed its name to just World Taekwondo, but the point still stands. Also, this article somewhat assumes that you haven’t read any of my other posts, as I use the conclusions of this post across the rest of the blog.)

‘WTF Taekwondo’ refers to the World Taekwondo Federation, which follows the style and curriculum of Kukki-won, the national centre for Taekwondo in Seoul, South Korea. It’s the style that’s used in the Olympics, so it’s a very visible style of Taekwondo.

There are also other international organisations which practise the same style as the ITFs, but which don’t call themselves the ‘ITF’ (and aren’t necessarily direct secessions). Taekwondo International would be an example of this.

The name ‘ITF Taekwondo’ is therefore ambiguous. It doesn’t refer to just one style – it refers to one or all of several, ever-so-slightly different styles practised by the different ITFs and ITF-like organisations. (And when you have to explain to someone why the style of Taekwondo you practise is called ‘ITF Taekwondo’, you end up having to explain all of that history, and it gets confusing quickly.) Also, neither of these style names are Korean. I think in Taekwondo, a general principle should be: Korean first, English second (or any other language second). ‘ITF Taekwondo’ and ‘WTF Taekwondo’ are therefore not ideal names for these two styles.

Furthermore, while ‘ITF’ and ‘WTF’ Taekwondo are the two most popular styles, there are several other styles of Taekwondo. ‘GTF Taekwondo’ is the style of the Global Taekwondo Federation. The GTF was established by Bak Jung-tae, and follows a style that’s derived from Choi’s style. The proper name for ‘GTF Taekwondo’ is a topic for another post.

Style names in Karate follow one of two schemes: the –ryu scheme, where the style name ends in 流 ryu, meaning ‘style’, such as 剛柔流 Gōjū-ryū or 一心流 Isshin-ryū, and the -kan scheme, where the style name ends in 館 kan, meaning ‘hall’ or ‘place’, such as 松濤館 Shōtōkan. Why is this relevant? Why are the naming conventions in Karate relevant to Taekwondo? Well Taekwondo is of course related to Karate, and one of the features that it borrows is that its name follows the same naming convention as many Japanese martial arts. The -do of Taekwondo is the same -do as in 空手道 karate-dō, 柔道 jūdō, and 剣道 kendō. Consequently, the conventions of style names of Japanese martial arts are also relevant for Taekwondo. Indeed, the original Kwans of Taekwondo all followed these conventions, and the -kwan (관 kwan is the Korean pronunciation of 館 kan) scheme (hence why they are called ‘Kwans’):

You may have noticed that there is a Kwan in this list which does not follow the -kwan naming scheme. Kangdeok-won has the ending -won. 원 院 won means ‘institute’ or ‘centre’, and the fact that Kangdeok-won is considered influential in the development of Taekwondo establishes the -won ending as a valid ending for style names in Taekwondo.

So following these conventions, what are some better names for ‘ITF Taekwondo’ and ‘WTF Taekwondo’?

As for ‘ITF Taekwondo’, Choi’s pen-name was 창헌 Changheon, meaning ‘blue pavillion’, and so his style of Taekwondo could be called 창헌유 Changheon-yu. And indeed, Choi himself calls his style this in older versions of his encyclopaedia. This is the name I use for the style whenever I write about it (and is the name Choi’s style is known by in South Korea). Another possible name for Choi’s style could be Odo-kwan. Odo-kwan was one of the nine Kwans, and was founded by Choi. This follows the -kwan naming scheme, and 오도 吾道 odo means ‘our way’. If Choi ever called his style of Taekwondo this, he did not do so very often, and so this name should not be used to refer to Choi’s style of Taekwondo as it exists today.

As for ‘WTF Taekwondo’, ‘WTF Taekwondo’ is not the style that follows the philosophy and principles of a single person, but is instead the style put forth by the Taekwondo centre in Seoul, known as 국기원 國技院 Kukki-won. This name can be used for the style of Taekwondo, as well as the physical place, since the name already follows the conventions listed above – 국기 國技 gukgi means ‘national art’ or ‘national skill’, thus is a philosophical concept, and the name follows the -won scheme.

So these are my recommendations for how we should refer to the major styles of Taekwondo. ‘ITF Taekwondo’ is properly called Changheon-yu Taekwondo (or Ch’anghŏn-yu if you prefer the McCune-Reischauer Romanisation, and Changhon-yu if you prefer a simplified romanisation), and ‘WTF Taekwondo’ is properly called Kukki-won Taekwondo (which would be written Gukgi-won in the Revised Romanisation, and Kukki-wŏn in the McCune-Reischauer Romanisation). These names are unambiguous; they are Korean; and they are not stale or corporate in the way that ‘ITF’ and ‘WTF’ are.

If you’re a Taekwondo instructor, you can give this worksheet to your students as practice of Korean numbers. It contains five exercises on the Native Korean numbers 1 to 10, using only the romanisation of the Korean in the Revised Romanisation system. Click the link to download the PDF file.

In this third video in the series on counting in Korean, we look at how to count from 1 to 10 in Sino-Korean numerals. 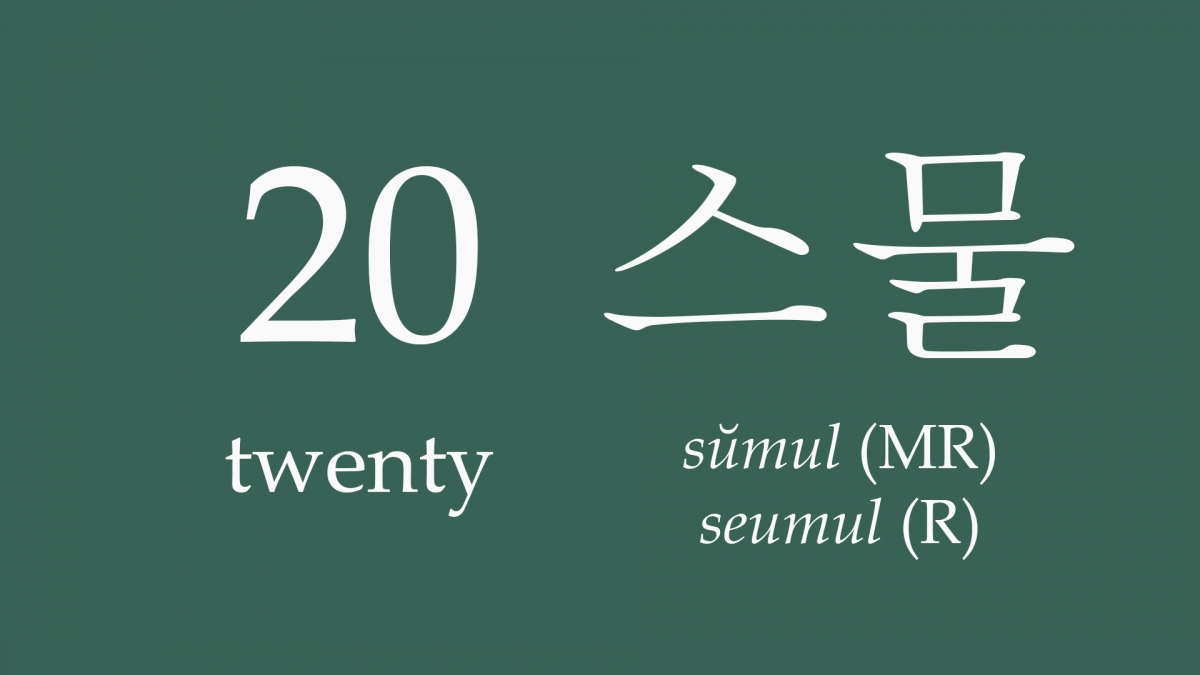 The second video in the series – in this video we look at how to count from 10 to 100 using native Korean numerals. 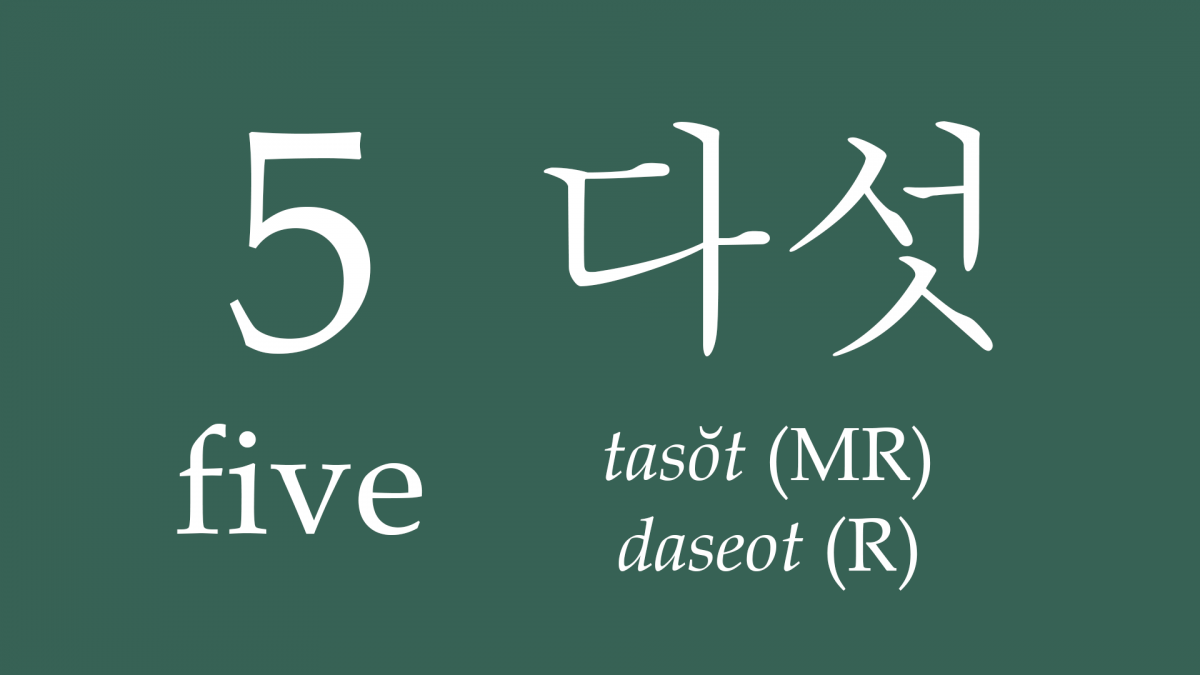 What is hopefully the first of many videos, in this video we look at how to count to ten in native Korean numerals.

Last year, Kukki-won announced that ten new forms had been developed for competitions, with many of the forms being specific to certain age ranges of the competitors.

* This is assumed to be the hanja for the name of this form, but may not be.

Already interesting with the names of these new forms is that most of them do not have a hanja writing. This is very unusual for form names in Taekwondo; by far the majority of all forms in Taekwondo have names that can be written in both han-geul and hanja – indeed all of the other forms in Kukki-won Taekwondo have this property.